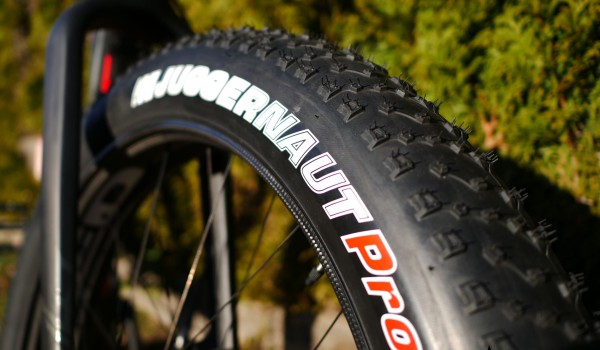 *UPDATE* We did some additional research on Kenda's US website and found a clear statement there that says the Juggernaut Pro is tubeless ready!

Our long term readers may have guessed it already: we are no big fans of Kenda tires. Why? Simply because the Juggernaut Sport 4.5 sucks in our opinion. We've tested it and rode it for a while. It was the sluggish handling and the high rolling resistance of the early models that lead us to this point. Frankly spoken just calling something „Sport“ doesn't necessarily result in product that is sporty by any means.

Now, Kenda may have changed the Juggernaut Sport but this is not why we are here today. No, the guys have come up with the Kenda Juggernaut 4.0 Pro and this one truly is a milestone in FATBike tire development.
But wait – aren't we from FAT-Bike.de the SuperFAT folks who use to make jokes on wimpy „four-zeros„? Sure we are! But this one is different. Read why!

And in this corner, weighing in at 1.5 pounds… 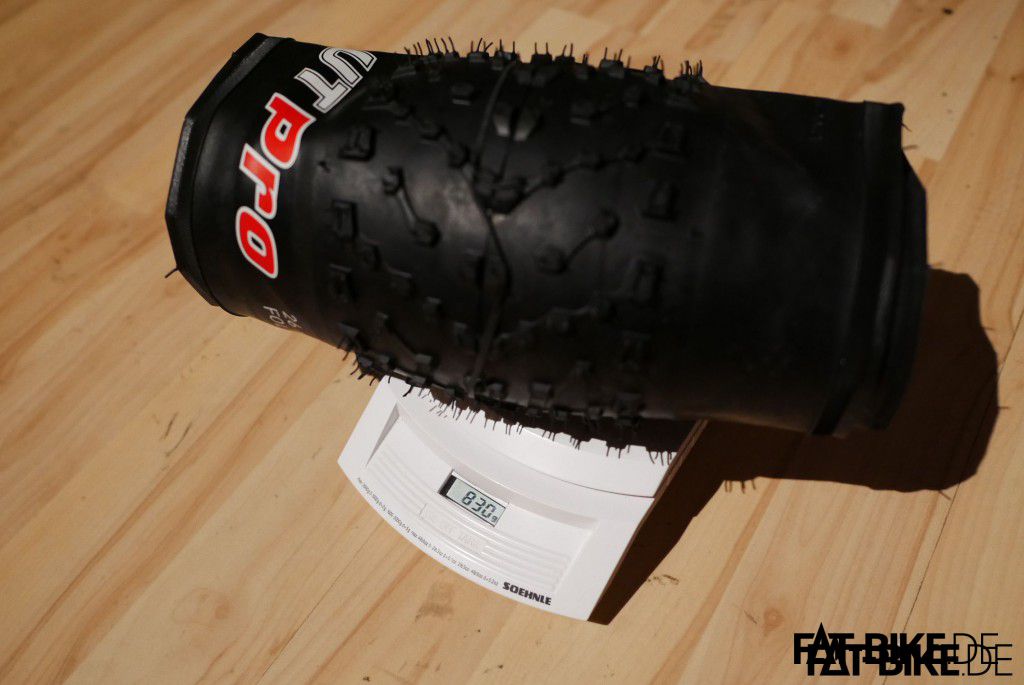 Officially weighted by … us!

…the Kenda Juggernaut 4.0 Pro! To be precise we determined the weight to be a tad bit more than 800 gram for each tire which we were kindly given by Alex, shop manager of our partner Alex* (all links to them are marked with „*“). What a bombshell (the tire, not Alex)! Just to be clear on that one: it's nearly half the weight of a 4.8 Surly, 4.6 Specialized or similar tires we so far use to ride! As this reduction hits where weight hurts most – at the far outside of a rotating mass – this tire is something like a Turbocharger for your bike!

Of course Kenda did not reach this massive cut by any miraculous voodoo stuff. But they achieved it by applying something equally rare: consequence. While it is featuring a similar profile as its big brother „4.5 Sport“ each of the Kenda Juggernaut 4.0 Pro's studs was chopped to the size of a grain of rice.
Equally consequent measures were used to optimize the casing which features a 120tpi mesh and side walls as thin as a sheet of paper.

Breathtaking. But not breathless! 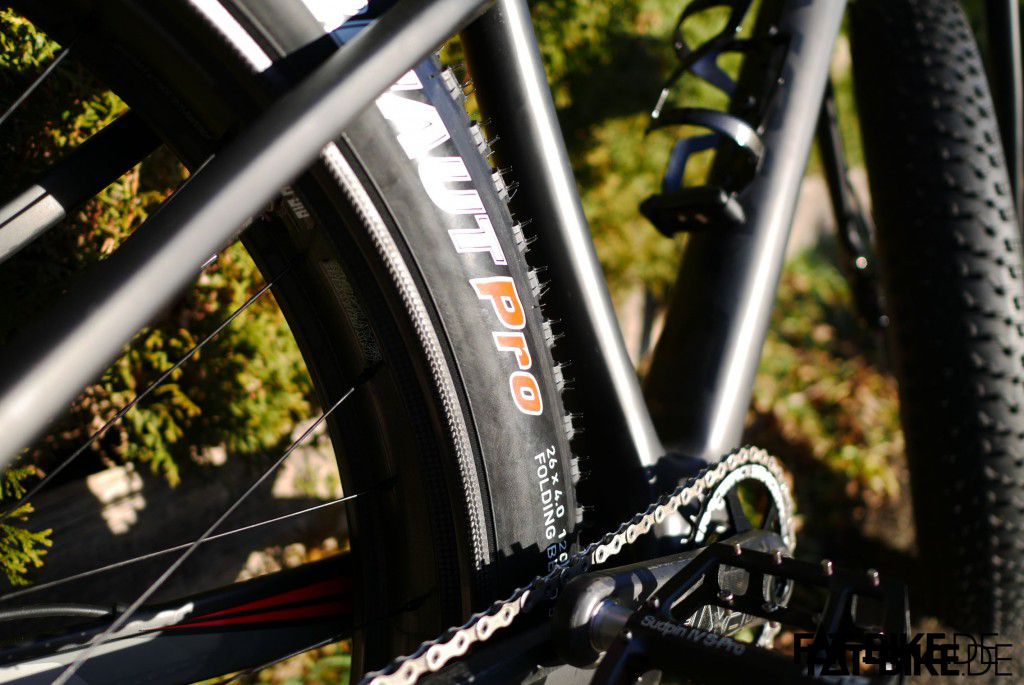 Talking about consequence for us it was unquestionable to mount these tires without tubes. Despite being as light as a feather the Kenda Juggernaut 4.0 Pro is tubeless ready. Though we could not use sealant (remember – it's Alex‘ tires and this lucky devil wants them back…) for our test the result was fully acceptable. There was some weakness at front (needed to refuel with air every couple of hours) but a very stable (i.e. keeping pressure for a couple of days) result at the rear wheel. We reckon that with a proper sealant both wheels will be thoroughly sealed. Currently we're working on getting our own sets for a proper test.
That's all pretty impressive as this setup easily saves you 1.2kg per wheel compared to standard tire-and-tube installation. Forget whatever you have tuned on your FATBike before – swapping your old tires and replace them with Juggernaut Pros will immediately turn your old clunker into a freaking rocket! And if you absolutely don't like it tubeless you may go for a super light tube instead.

So, what can it do for us FATBikers? 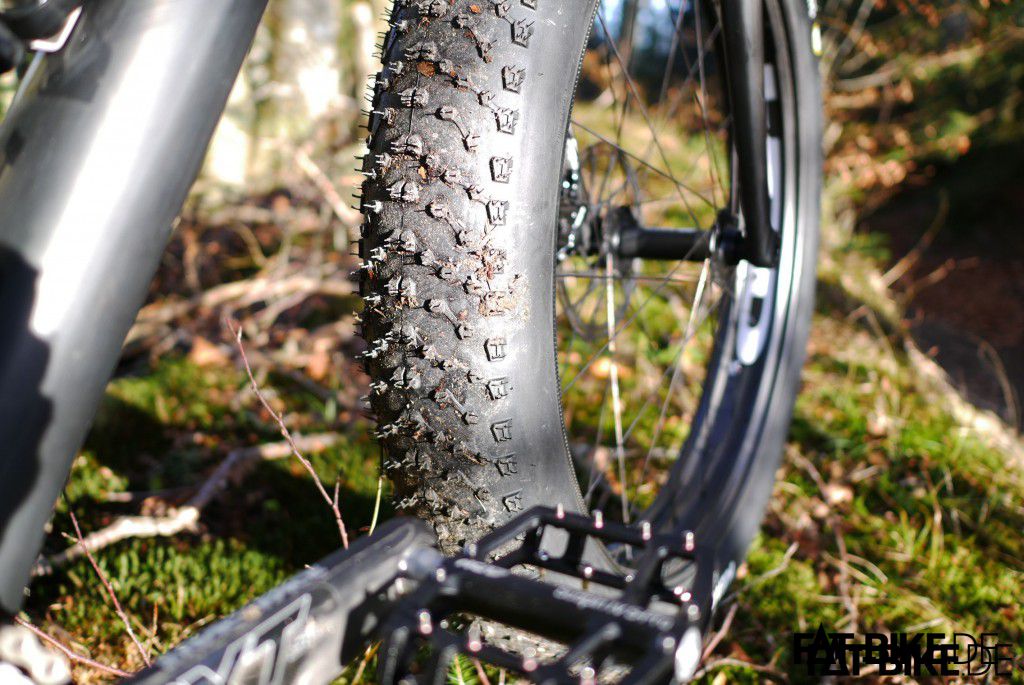 Seriously, this tire is not made for everyone. You may have guessed it already… First and foremost it's a racing tire that massively improves acceleration and speed of your bike. And it chops weight: our Specialized S-Works FatBoys went as low as 9.3kg (!!!) with the Kenda Juggernaut 4.0 Pro hoops wrapped around the HED carbon rims.
Another big surprise for us was the stunning riding comfort. One portion of that is based on the fact that there is no friction between tire and tube. The rest is contributed by the super thin side walls that are way less stiff and sturdy as they are on normal FATBikes tires. You're literally riding on a cushion of pure air which gives an unrivaled smooth ride. We rode them between 0.5 and 0.8 bar and they felt just comfy.
Ah, and talking about surprise: the handling and rolling resistance are just awesome! Compared to the Juggernaut 4.5 Sport* the Pro plays in a different league. A league that plays on a different planet. A planet, that swirls around in a different universe… 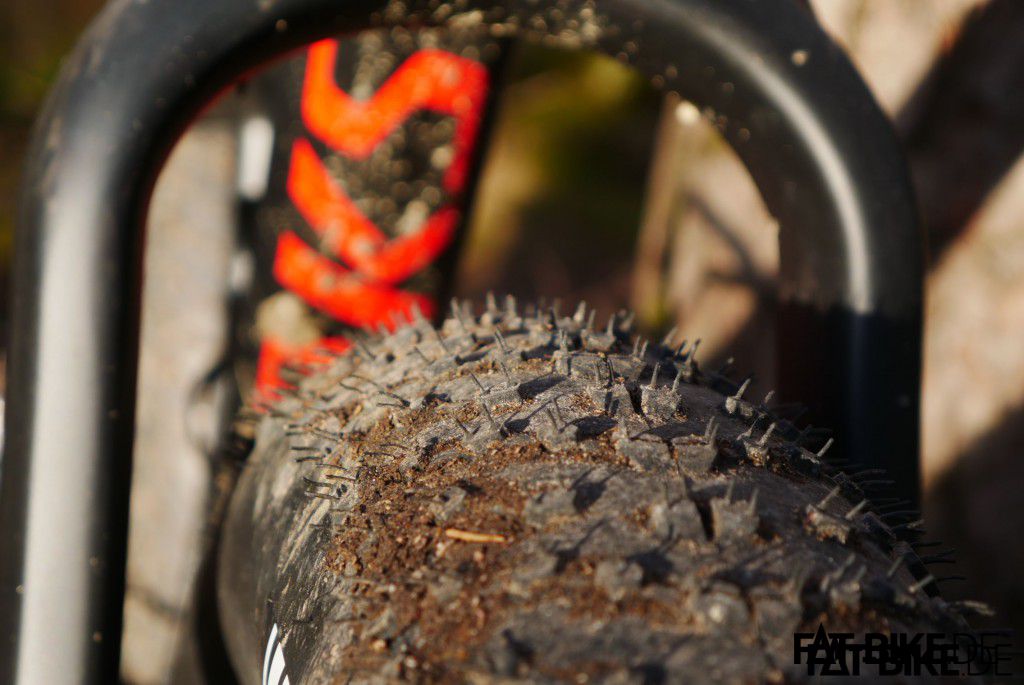 Tiny teeth, indeed. But there are plenty of them!

Now, here is the disclaimer just to avoid angry emails flying in… We strongly recommend to not using the Kenda Juggernaut 4.0 Pro in any area with a particularly high risk of spiky, sharp-edged soil. This is most likely not gonna turn out very well. Remember: a super sensitive condom has more rubber in it and there is a good chance of rips and cuts if the trail strikes back.
Also if your preferred ride is deeply muddy and/or stacked with snow you'd better go for a specific mud or snow tire. Don't get us wrong: the Pro has, as nearly every FATBike tire, a great traction. But its small teeth will not make big bites. 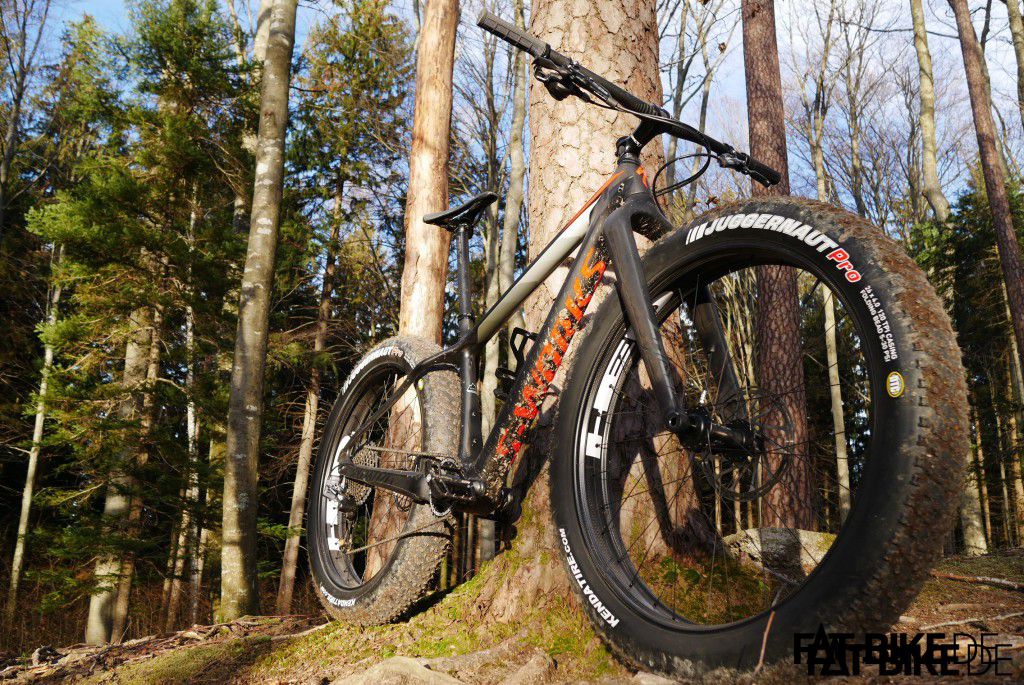 Believe it or not: 9.3kg rocket FATBike!

The Kenda Juggernaut 4.0 Pro was built with a consequent weight saving approach. However there is one compromise a rider has to live with: avoid exposing it to nasty (sharp-edged) surfaces. 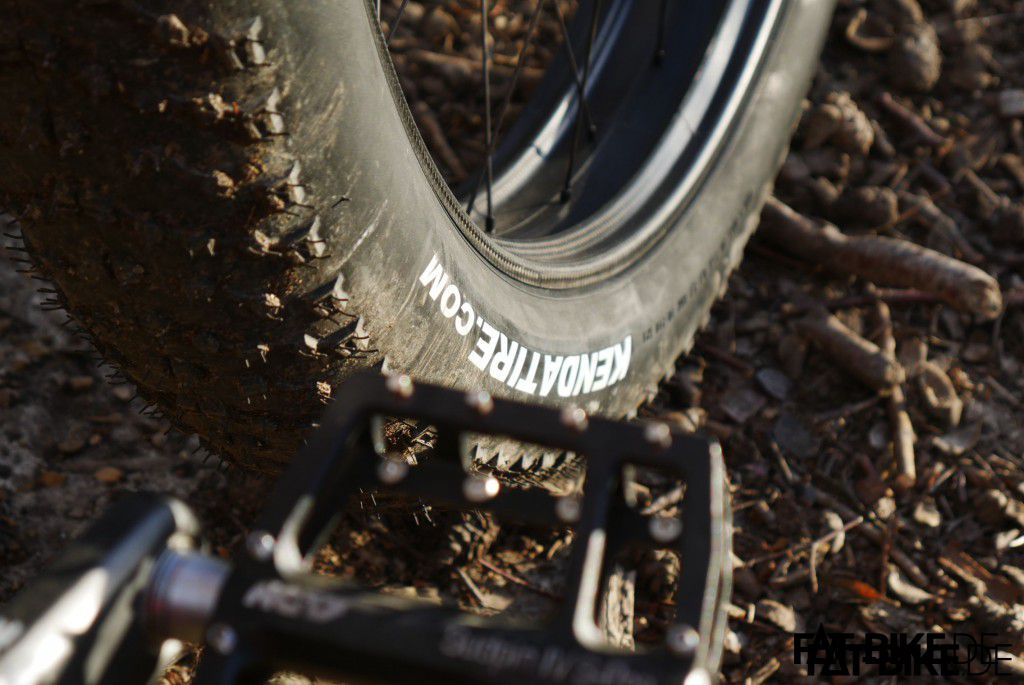 So, are we getting Kenda fans now? Well, at least we highly appreciate their latest big hit. If Kenda will deliver a noteworthy number of them to the stores we will definitely think about it…