The Rocky Mountain Blizzard 2016. Facelift into the future! 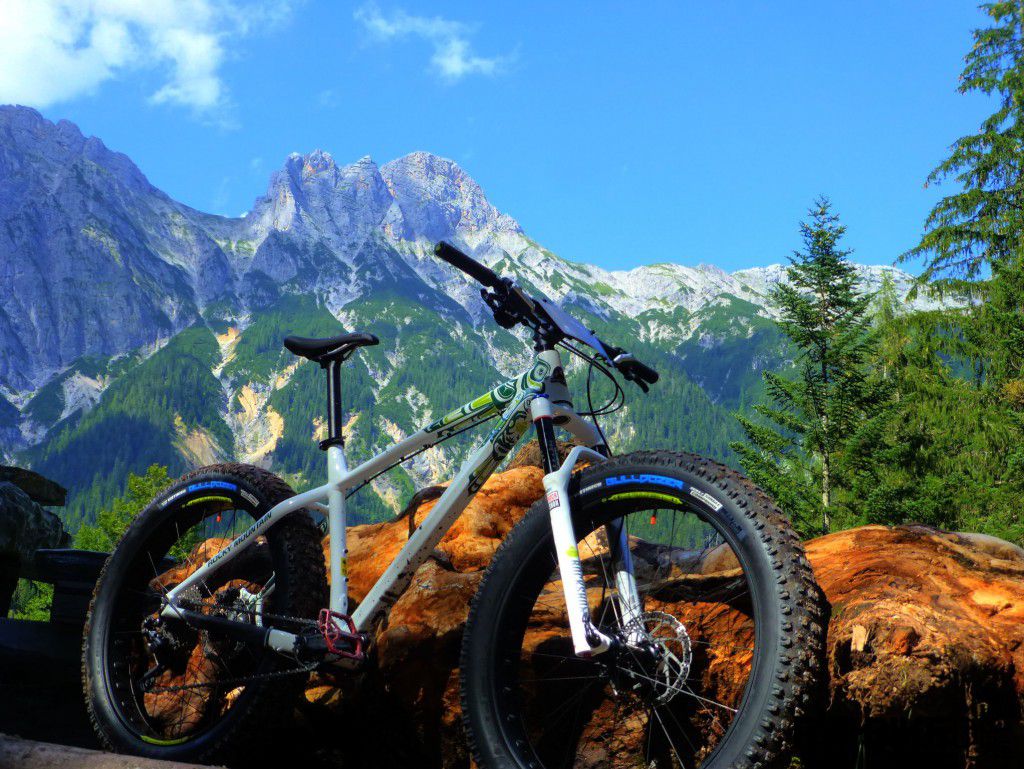 In biking business there are names that are just rock solid. Such as Rocky Mountain. For us being MTB enthusiasts ever since it's always been a special pleasure to see a FATBike appearing on our horizon made by one of those big name brands. So was the Rocky Mountain Blizzard when it came into the market last year.

Now we had the chance to test drive the brand new Rocky Mountain Blizzard* 2016 model. And of course take some very first pictures. And long story short: it's mainly a facelift build on the solid basis of the 2015 model. However there are some nice tweaks that improve riding joy.

Ah, and by the way… Today we saved the best for last – you will find a highlight at the end of this article. But first read it! 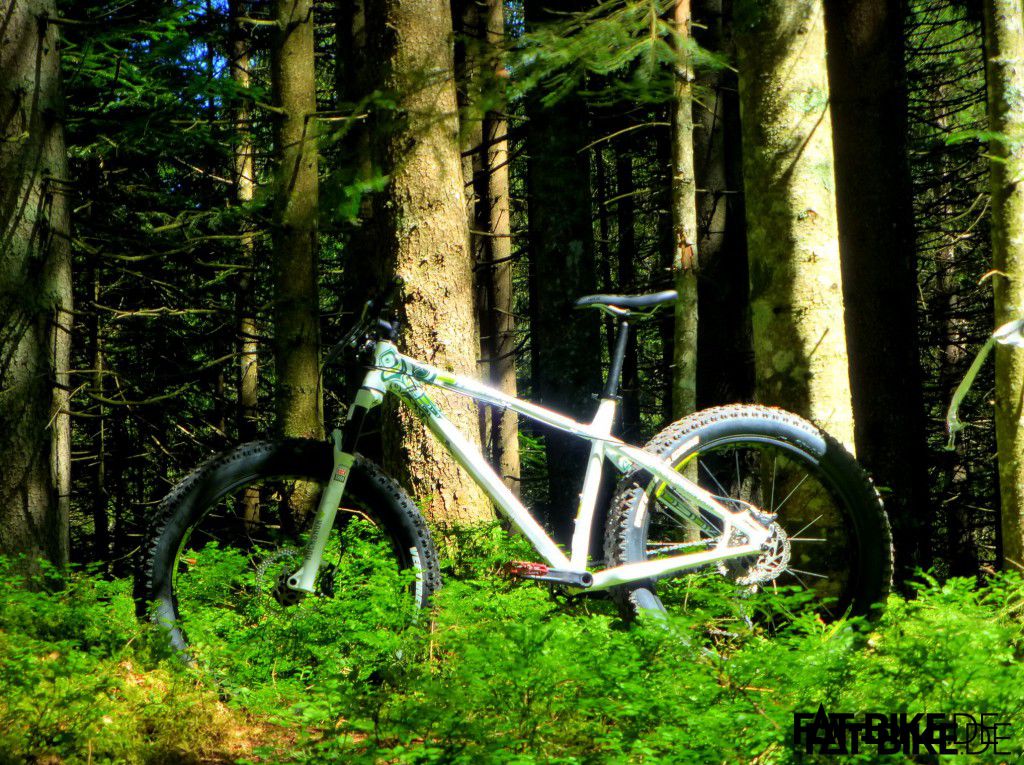 …some of the major drawbacks again found there way to the 2016 Blizzard. Worst thing in our opinion is the 1 by 10 shiftkit with it's super limited gearing range. An 11-36 sprocket paires up with a 28 teeth chainring. It's like riding on your MTB's granny gear the whole day. In other words: pedaling at high speed means a mere 25km/h!
We spoke to some awesome Rocky Mountain guys and they confirmed that the Rocky Mountain Blizzard 2016 again was specified for North American snow usage. Fair enough – this may meet the heart of FATBiking community in Canada and the northern parts of  U.S.. But it's in fact hardly usable in Europe where FATBikes to our experience are heavily used in sommer, too.
Same story applies to the brakes. The Rocky Mountain Blizzard 2016 is equipped with Shimano's Deore disk brakes that lethargical gnaw on 180/160 millimeter discs. Maybe that's perfect on snow, but on alpine trails we highly recommend to beef it up!

A positive surprise indeed was the 2016 VeeRubber Bulldozer tire. The new model seems to have some new features under it's skin as it appears to be much more comfortable with way less tricky and sluggish handling than the 2015 model. Not sure what makes the difference here but it's absolutely worth mentioning. 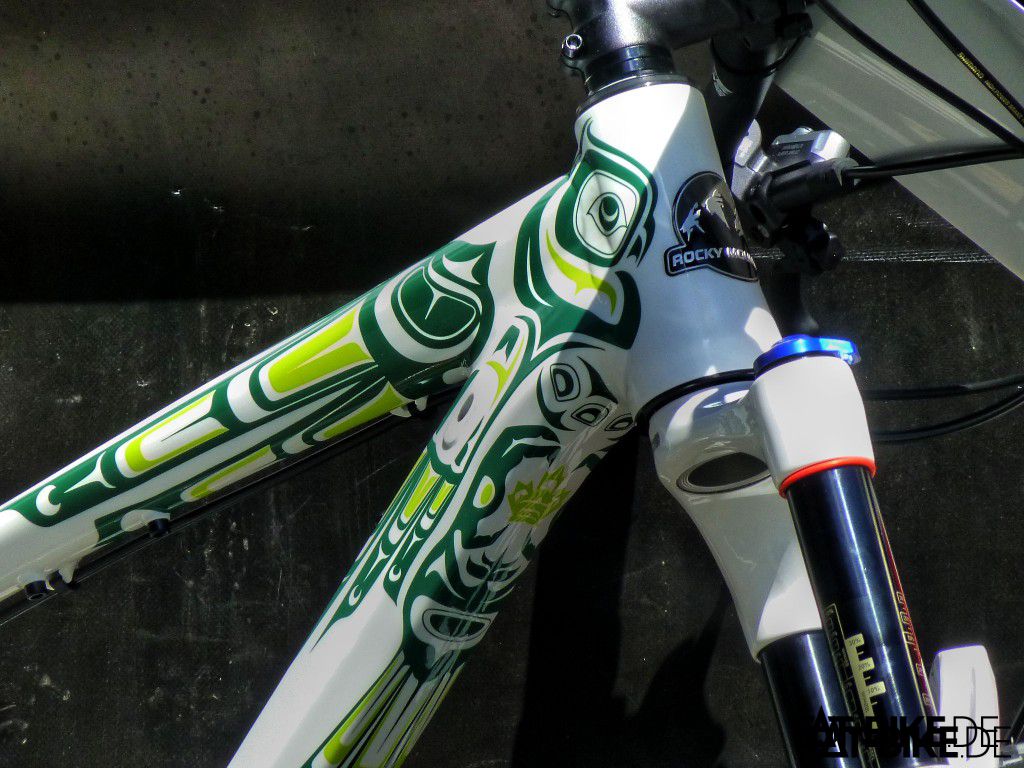 Nice Decals and loads of travel

…the Rocky Mountain excellences are also back in 2016. First and foremost this is the awesome Blizzard frame. The rigid aluminum construction features a 68.5° steering angle giving the Blizzard a snappy and very nimble handling on trails. Too sad that the bottle cage screws allow only a mere seatpost drop – but as Rocky Mountain masterminds have punched some extra holes into the tubing you are free to retro-fit a dropper post (which we highly recommend). Ah yeah and when speaking about retro-fit we have some bad news for your knee surgeon… Of course the frame features all mounts that are needed to put a proper 2 by 10 shiftkit onto your blizzard.

One more thing we HAVE to mention about the Blizzard's frame: it is just perfectly well made! You hardly find such nice welding work in mass production (yeah, well… „mass“ may be a bit misleading here…) bikes today. Rocky Mountain has preserved this virtue from their very beginning. Well done!

And as you may have recognized already the frame carries the biggest news for the Rocky Mountain Blizzard 2016: instead of dull matt black it's covered in glossy snow white paint now featuring some nice greenish decals under the clear coat. This gives the Blizzard a much more sporty and aggressive look. „Here I am, look at me! I'm damn hot!“ And damn it is right! The Rock Shox Bluto perfectly matches the tone which ends up in a seamless „monoblock“ design. By the way – at least to test bike was equipped with a 120mm travel version of the Bluto. We're however not sure if that will be the final stock equipment. 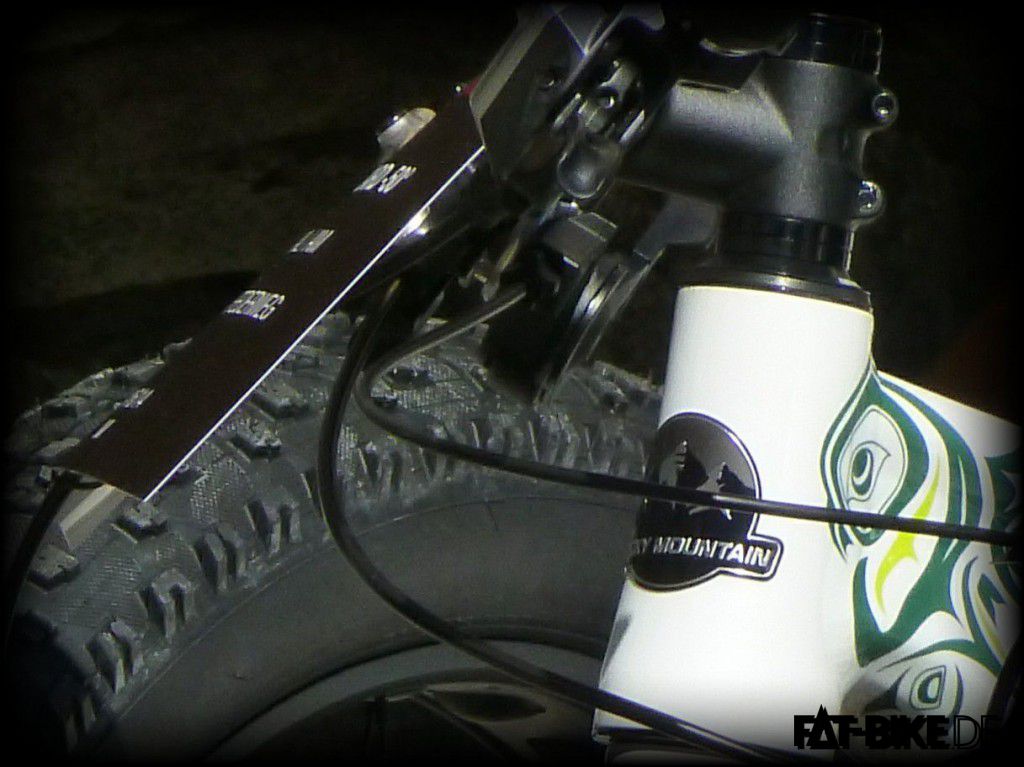 There are some more details that were fine-tuned for 2016 as well. So the very simple Race Face OEM cranks with build-in spider were replaced by a more versatile Chinch type Race Face crank. This may seem minor but in fact is a huge advantage! No ugly bashguard, good amount of weight cut and you can easily replace the direct mount chainring by a bigger version or even a spider to fit 2 or 3 chainrings without having to buy new crankset!

The rest stays pretty much what it used to be already in 2015. Sun Ringle Mule Füt wheels, Deore XT derailleur, some WTB and Race Face parts (wheras the stem seems to be a bit shorter for 2016). Solid stuff, not much to say about this. 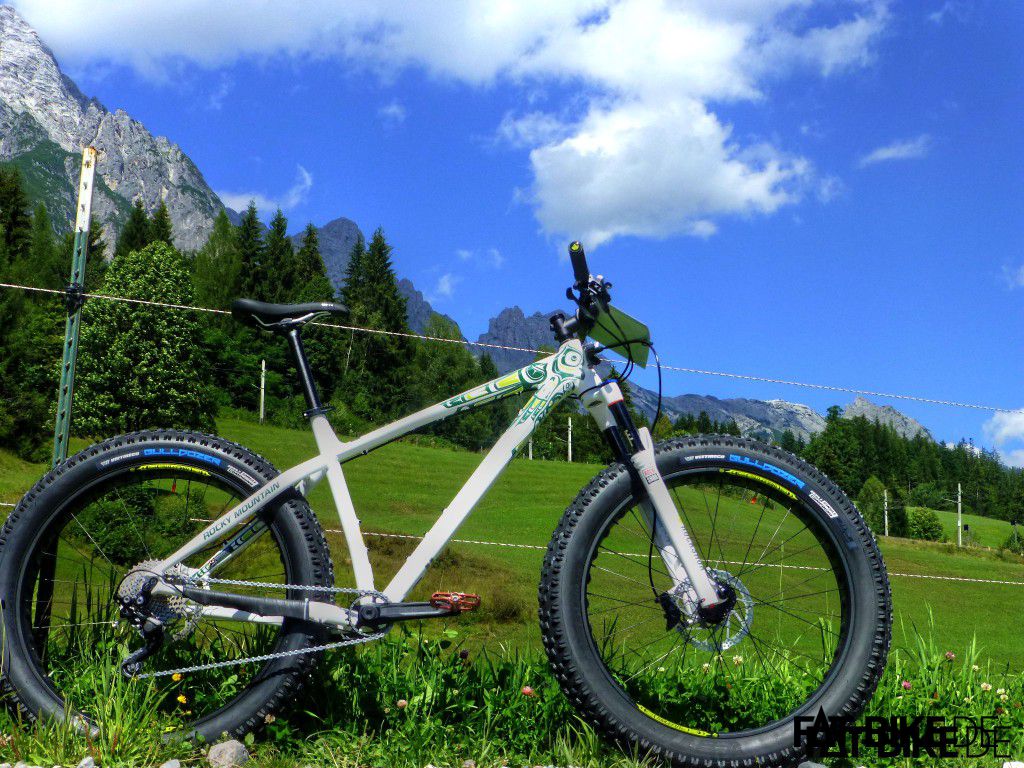 The Rocky Mountain Blizzard 2016 is rather an evolution than a revolution. The new design may polarize – but that's the story about design… We indeed like it. The frame remains a real gem. Not super lightweight but outstanding in quality and built to last.
Contrary to this the technical features are less convincing. We appreciate the consequent snow-and-sand setup but in fact we miss a daily driver version. If we had one wish it would be Rocky Mountain Blizzard Transalp Edition with proper 2 by 10 (or 11) gears and serious brakes.

If you would like your own Blizzard why not checking to shop of our partner Alex*.

And here we go: a fantastic impression of what you can do with your Blizzard can be found here. Definitely a must-see!

*partner links are highlighted by „*“