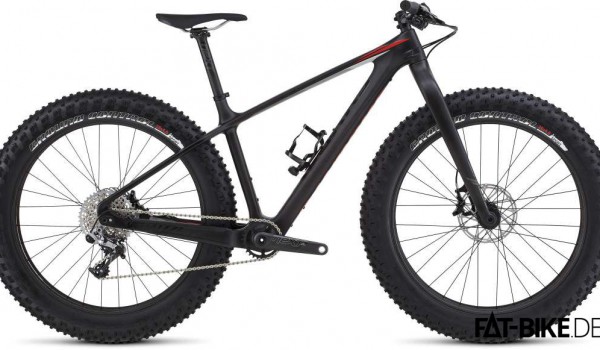 Finally… Specialized have launched their brandnew FATBike line today. And boy, this is breathtaking! We dug ourselves through the smoking hot news and now give you an outlook of which Specialized FatBoy will be on the market in 2016.

Save the best for last? Screw ya! S-Works FatBoy Carbon! 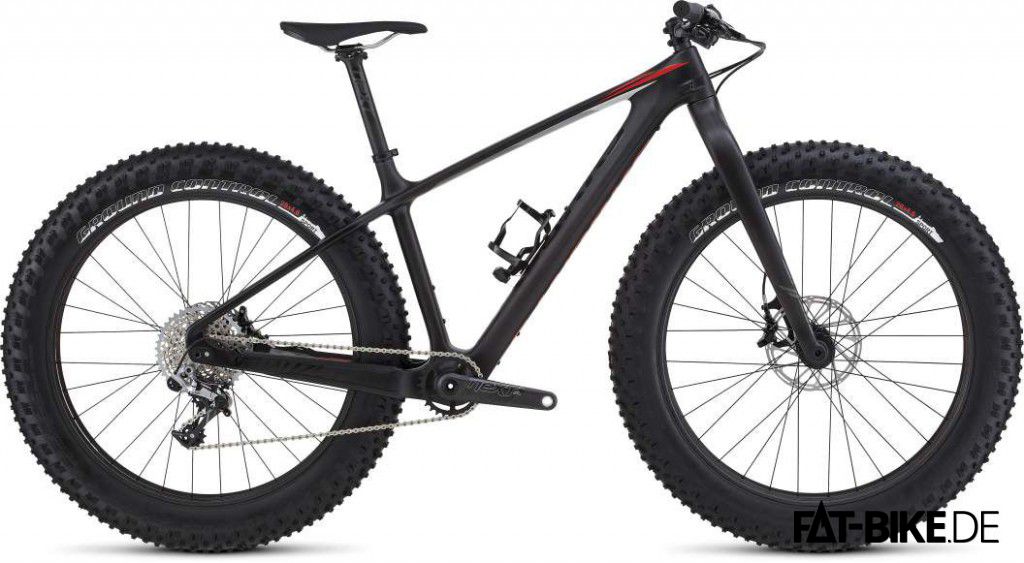 Usually this article would start with the base model and then lift off to the  very top of the range. But… no way. Seriously. S-Works FatBoy Carbon. Sounds like Surf'n'Turf, a fat Cohiba and a glass of smooth red wine in your hands. Specialized blokes have spent a while in their kitchen and prepared a real gourmet meal. FACT carbon frame with 197mm through axle, carbon fork, Syntace stem, Specialized carbon handlebar, eventually thick'n'rich Sram Guide RS brakes, SRAM XX1 group in company with Race Face Next SL carbon crank set, Body Geometry saddle with carbon rails, Race Face carbon seatpost, HED carbon rims, DT Swiss hubs and Specialized 4.0 inch Fast Trak tires. Lets not beat around the bush: that's the kind of stuff that dreams are made of!
We're having wet dreams since we've first seen this beauty. And sometimes we wake up at night and scream it's name. Whoever of you treats him/herself with this rocket: write us an email!

More from the coal hole! 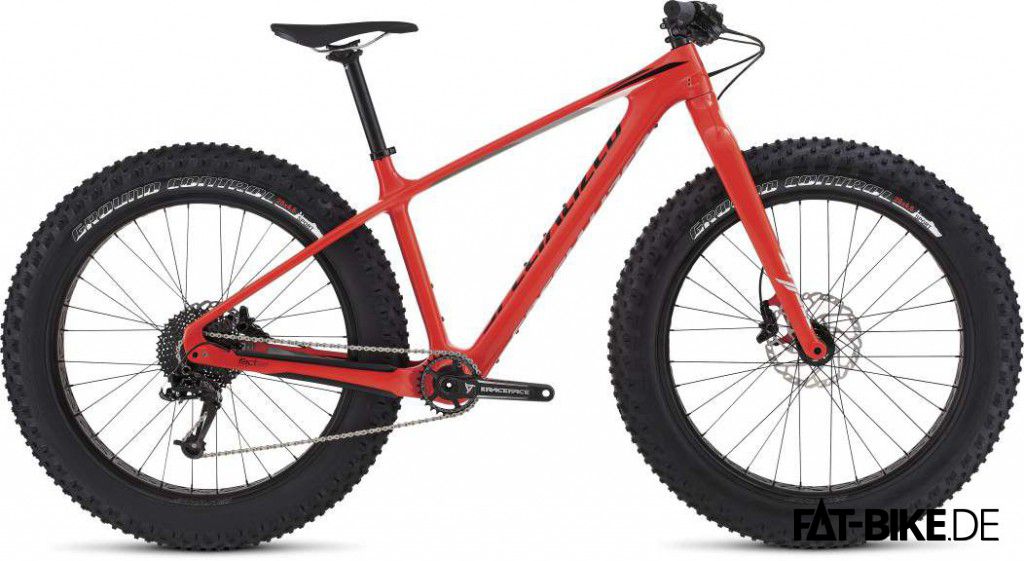 For all of you who – just like us – are left to pressing their nose against the shop windows, Specialized has a more affordable carbon solution on hand: the FatBoy Comp Carbon. Having an identical frame and fork, it comes with more down to earth equipment. Shift kit is (sadly) a one by ten X9/X0 mix that's combined with a 11-40 teeth SunRace cassette. Brakes were taken from Shimano's Deore line and the rest of the bunch widely comes from Specialized's own shelfs. Again there are 4.0 inch tires – maybe a hint that the new FACT carbon frame cannot be fitted with 4.8 inch wheels? 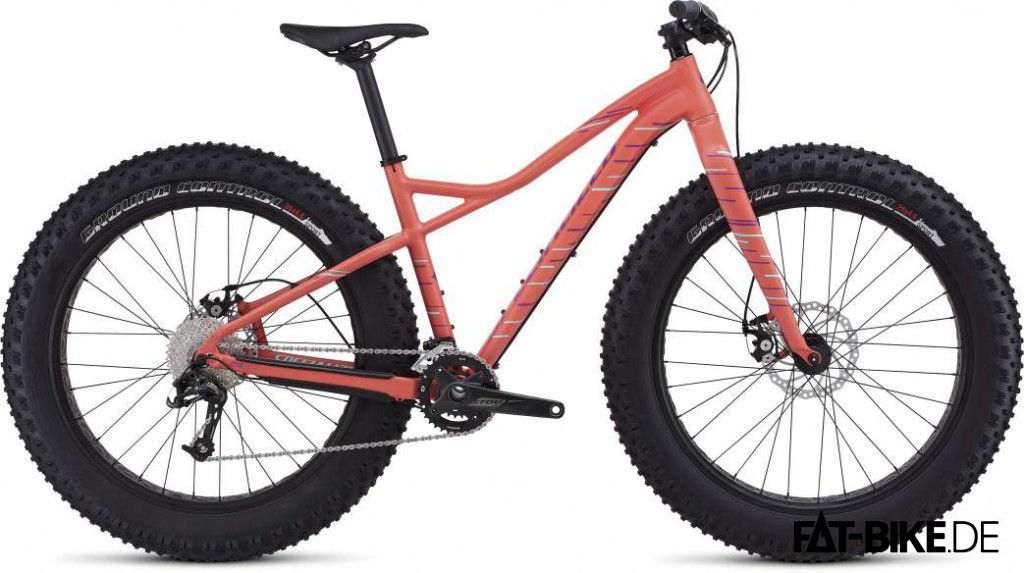 For a long time FATBiking was a men's world. We never liked that too much and eventually Specialized has taken care. Oddly named „Hellga“ Specialized now features FATBikes for the fair (and stronger) gender. Hellga will roll onto your trails in two distinct versions – simply as Hellga with a fairly simple equipment (Sram X5, mechanical Tektro brakes, 4.6 inch Specialized Ground Control Fat tires in 60 TPI wired version) or slightly better as Hellga Comp (mostly Sram X7, hydraulic Tektro brakes, foldable tires). Both Hellga feature the same M4 aluminum frame that has a particularly female geometry. Hellga Comp is equiped with a carbon fork.

So, in general, women specific FATBikes are an awesome idea. Yet we're a bit confused why Specialized comes into the market with such an innovative idea but on the other hand equipes the bikes with lower to mid class parts only. We may be a bit oldschool gentlemen, but this goes to Specialized: go and build what women deserve! An S-Works Hellga. And whatever else you guys can do. Do it!

The FatBoy: the story goes on! 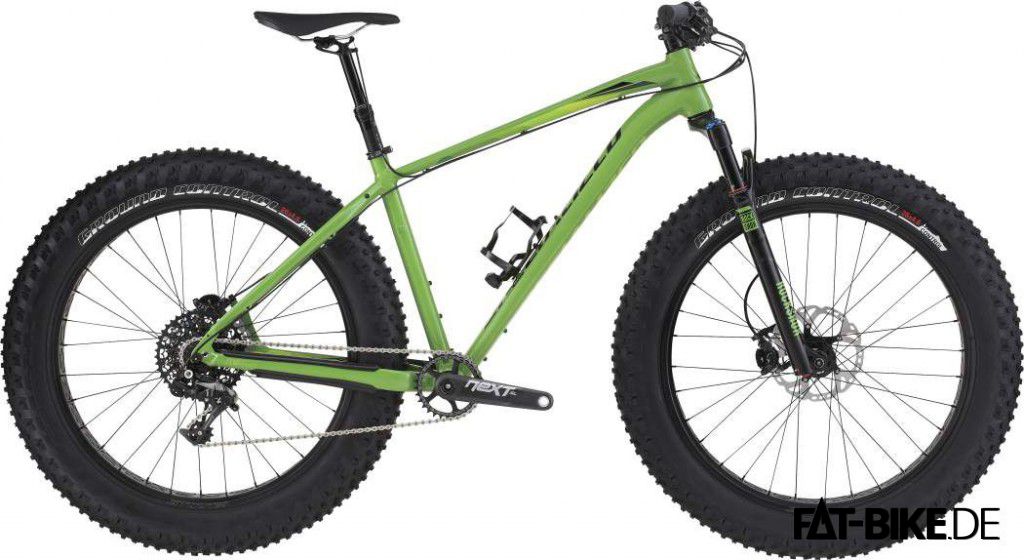 Also within the classical FatBoy line up there are some changes and growth. Based on the bullet proof M4 aluminum frame Specialized introduces the FatBoy Trail models. However the chosen frame means that there will still be no through axle and the dropper post cable stay outside the frame.
The top notch model will be the FatBoy Pro Trail which is pretty much identical to the 2015 FatBoy Pro. Only the Lime Green has been replaced by a more grounded greenish tone. What stays: superb equipment, 80 millimeters of fork travel and a stiff price. 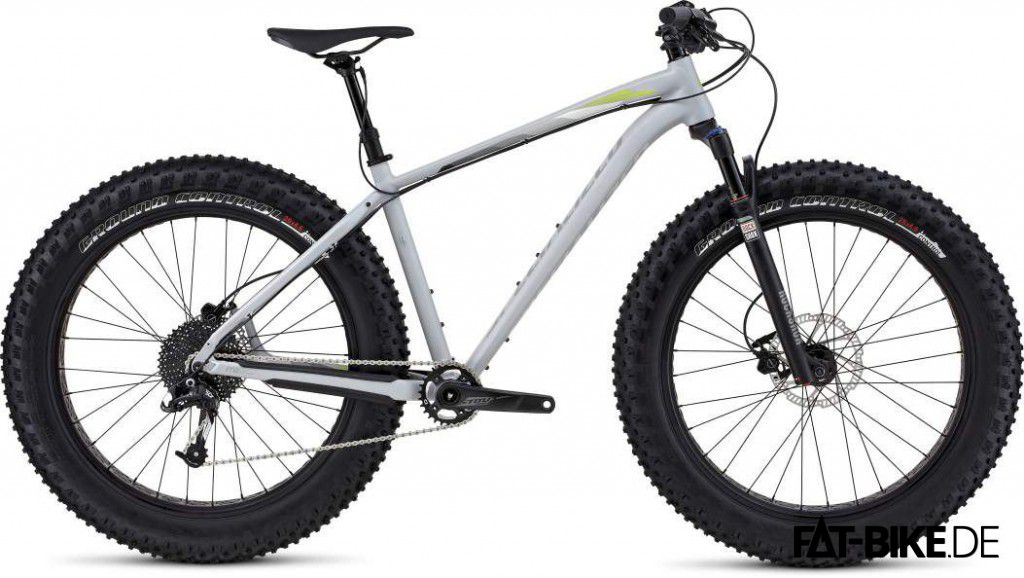 The cheaper entry into the FatBoy Trail world is offered by the, hmmm… FatBoy Trail. Without „Pro“ but still featuring 80 millimeters of fork travel. The overall equipment is rather simple but solid, featuring X7 shift kit (1×10), hydraulic Tektro brakes and the race prooven Ground Control Fat 4.6 tires in 120 TPI foldable version. Good value: Specialized treats the FatBoy Trail with a TransX dropper post.
Wheels and further parts were taken from Specialized's shelves. Also Specialized leaves the choice to you: upon your selection the bike comes either in Navy/White or White/Grey. 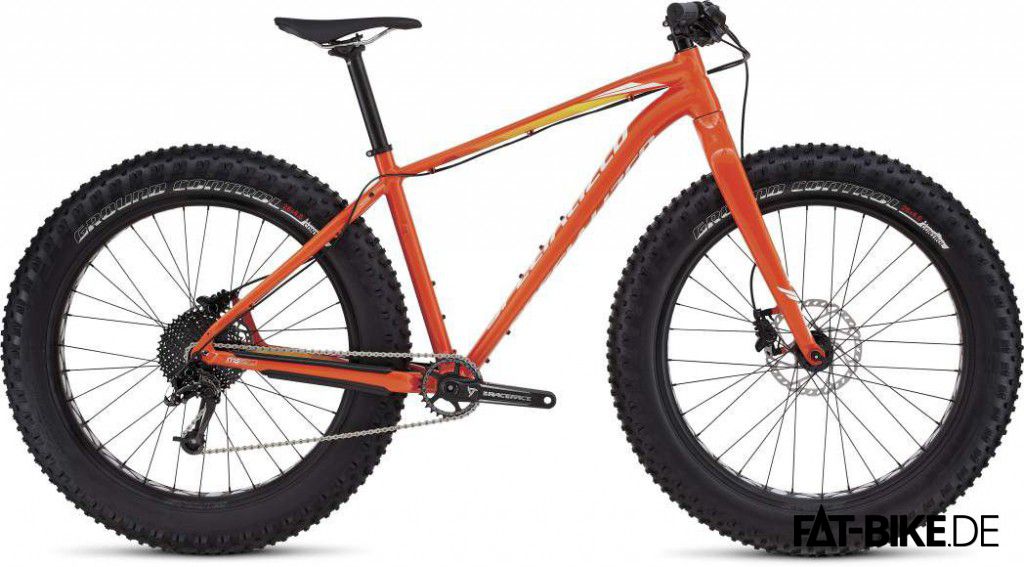 For those of you who like it hard Specialized leaves the choice between the FatBoy Comp and their entry level FatBoy SE. With it's carbon fork, X0/X9 shift kit and hydraulic Deore brakes the FatBoy Comp replaces the 2014 FatBoy Expert. Eventually it got rid of the susceptible E13 cranks that were replaced by fine Race Face Turbine Chinch cranks. However, in 2016 also the FatBoy Comp comes with one of those weird „one-by“ shiftkit. Instead of formerly 20 gears the trend-stricken FATBike rider has to cope with a weak 28 teeth chainring that cooperates with a 10 speed cassette made by SunRace. Though it's relatively big bandwidth of 11 to 40 it can merely compensate the missing second front chainring. 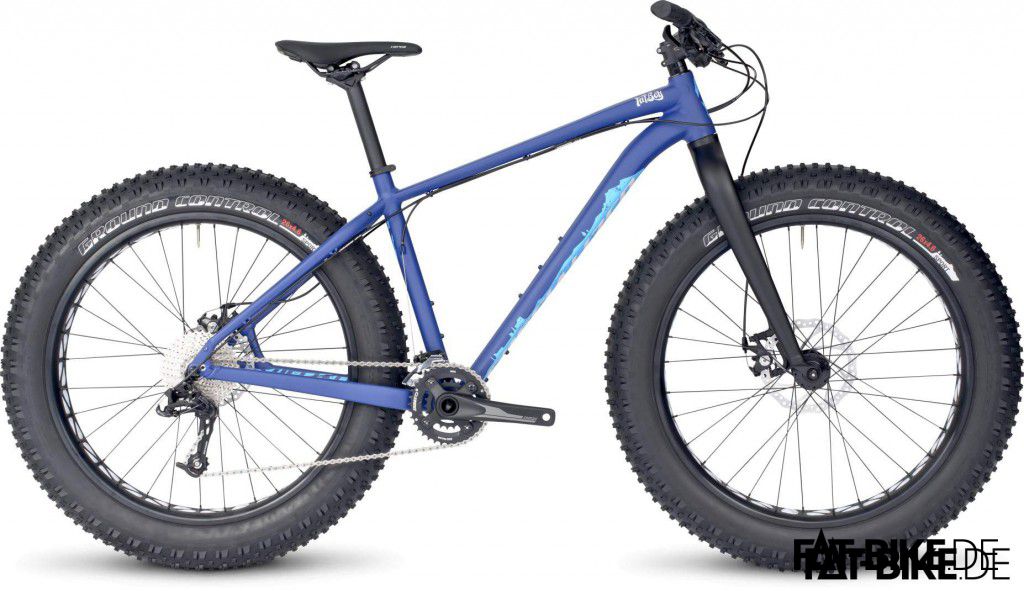 The FatBoy SE remains the entry level Specialized FatBoy 2016. Built on the same high class frame as every FatBoy, the SE comes with an X5 Shiftkit (the only 2×10 within 2016 FatBoy range…) plus simple mechanical disk brakes, an aluminum fork, a bunch of parts with Specialized Label on it and Ground Control Fat 4.6 tires in 60 TPI wire version.
Nice: in 2016 you can chose from Deep Blue/Cyan and charcoal/black.

Specialized FatBoy 2016 – a real firework of models! Full 10 models will hit the ground in 2016. And this with a huge coverage: 2 carbon FATBikes, 2 Trail FATBikes, 2 non suspended FATBikes, 2 women's FATBikes and 2 kid's FATBikes.

Clearly, without FATBikes there is no FAT-Bike.de. So we hereby officially announce Specialized to be our employee of the month!

Moreover, we will a.s.a.p. visit the blokes at Specialized and provide you with our first impressions and -of course – more data!